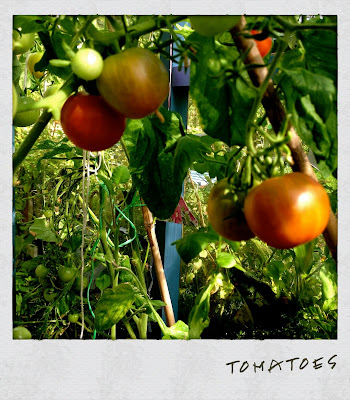 Confession. I like box stuffing better than homemade. There are precious few things I can say this about. In fact, this might be the only food I think tastes better out of a box. I keep a couple of packets in the pantry for days when I’ve got about half an hour to rustle up supper.

Going into autumn, I often find I have an irresistible glut of homegrown tomatoes, in all shapes and sizes, along with corn-on-the-cob, bought off the truck of the farmer who grew it. When corn is this good, I can eat three, or four ears at a sitting. Still, I usually end up with a couple of leftovers for this casserole.

You will find this a very forgiving recipe. Don’t worry about measurements. Simply combine a bunch of fresh tomatoes, with fresh corn and stuffing, in whatever quantities suit your taste. 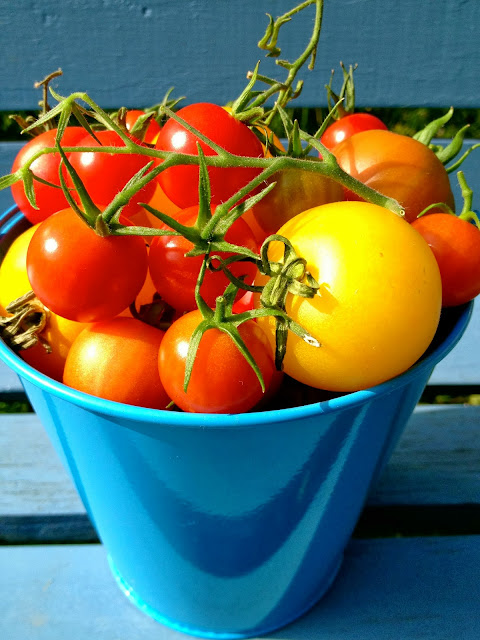 Happily feeds two for supper, four as a side dish. 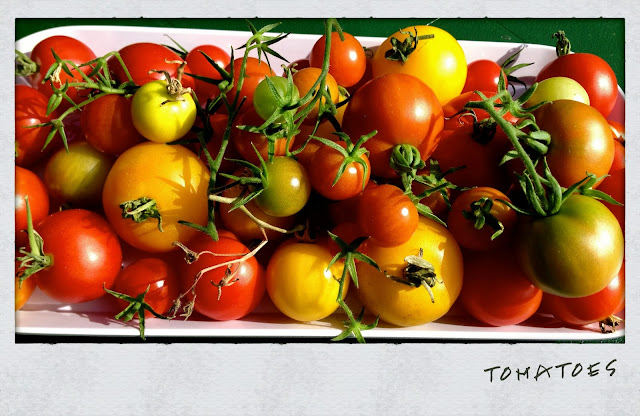 
Put a large pot of water on the stove. While water comes to boil, remove husk and rinse corn. Set aside. When water reaches boiling point, drop corn into pot, cover with lid and boil 5 minutes. Remove corn from pan, rinse under cool water.


To remove kernels from corn, use two bowls, one large, one medium that comfortably fits in the large bowl, inverted. You’ll use the large bowl to catch the kernels, and the medium bowl to balance the cob, while you slice off the kernels. With a sharp knife, slice the corn off the cob, turning the ear as you go. I don’t break the corn up into smaller pieces, preferring it in various sizes and pieces. 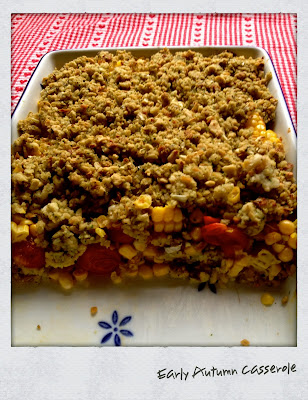 Squeeze the juice of two limes over the corn, add salt and pepper, mix thoroughly and set aside.


Make stuffing according to instructions on box and set aside.


Wash tomatoes. If they’re large, slice in half. If they’re small, arrange in baking dish as they are.


Cover the bottom of dish with single layer of tomatoes. If you have extra tomatoes, you can top the stuffing with them.


Next layer on the corn. 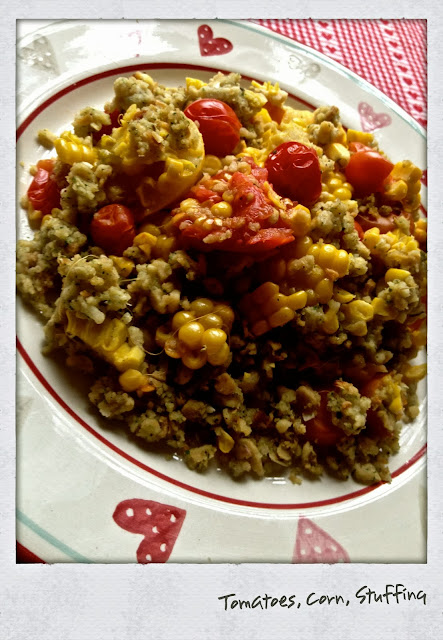 If you have any extra tomatoes (and room for them) add them to the top of stuffing.


Cover with foil and bake in hot oven 25 minutes.


Remove foil and continue baking another 6 - 8 minutes, or until stuffing is toasty.


Remove from oven and serve hot.

Toasted pine nuts, or a bit of crispy bacon, add even more flavour and texture.


If you want greens, baby spinach, washed and blanched in the colander, with boiling water, pressed dry with a potato masher, and dressed with a bit of fresh lime juice is just the thing.


Aubergine, Courgette or Pumpkin, topped with Stuffing make wonderful casseroles and side dishes for autumn and winter.