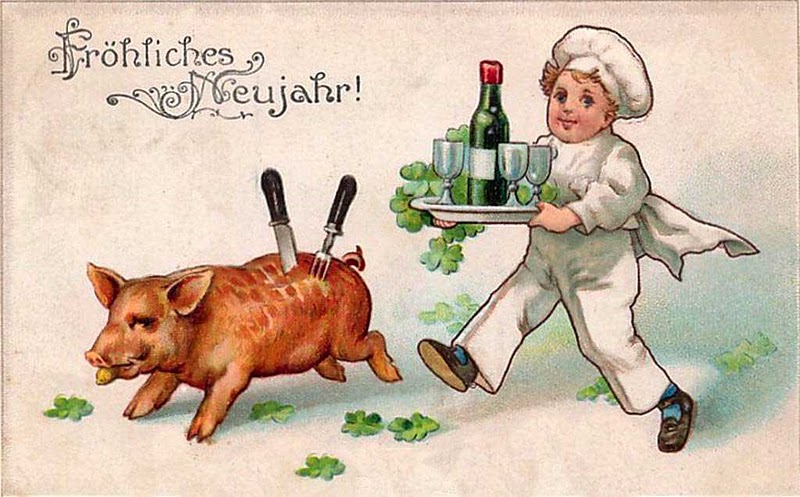 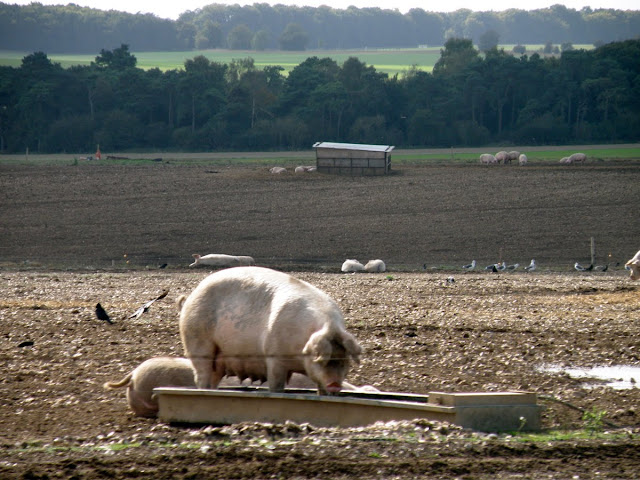 Maybe it was all the times we drove past the huge, free range pig farm, about a half mile from Stonehenge, that inspired the uncharacteristic purchase of a 5-1/2 kilo gammon this week. More likely, it was Ocado's half price, after Christmas Sale. A £55 hind leg, of well-bred pig, might easily sell the week leading up to Christmas, but not the day after Boxing Day. At £25 it was a bargain we couldn't resist.

Turns out, unlike the Honey Baked Ham from my homeland, this gorgeous chunk of pink, lardy flesh needs to cook for about six hours prior to ravishing. Fortunately, Richie read the instructions long before hunger pangs would have driven us to ring in the new year with omelettes (not that we ever say no to a good omelette)

By the time we take the gammon out of the oven, and Richie thrusts a meat thermometer into it to make sure its cooked (ever the scientist) I am ready to rip into it with bare hands. It takes a stronger person than I'll ever be to resist a slab of fragrant, succulent meat reclining on the table. 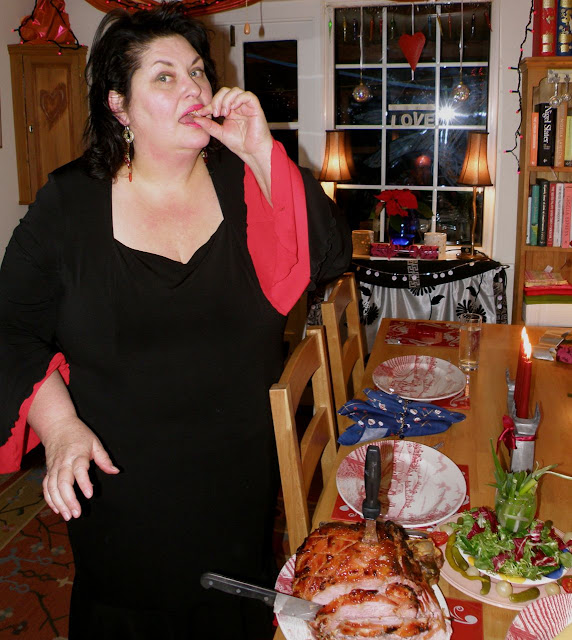 "You look like a tiger," my husband chuckles, when he catches me ripping off a long, fibrous strip of ham from the tempting platter. "I am a tiger," I moan, mouth full of sweet and tangy goodness. Richie gently pats my belly, as I offer up a contented purr.

Our classical radio station is wrapping up the last hour of their annual composer competition. Not surprisingly, Handel is one of the four finalists. The other choices on offer are Haydn, Purcell and Mendelsson. Richie and I agree that Handle's grandiosity is impossible to resist. I feel like queen of the tigers listening to his music.

We decide, at the invitation of the station, to email in our votes. We each cast in turn for Handel.
"He'll win without us," Richie predicts.
"Do you think so?" I respond.
"Definately," he says with an assured nod.
"Did your parents listen to Handel," I ask?
"No. And I bet yours didn't either," he adds with a grin. 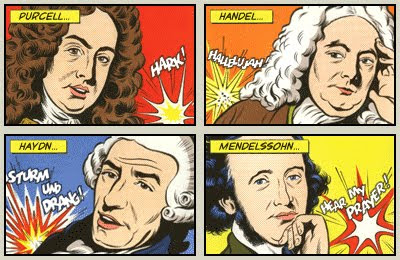 Don't you think they would have loved Handel had they heard this music?" I ask.

"I don't know. Handel isn't for everybody, is he?" This last comment is not so much a question as an acknowledgment of the world of difference separating us from our parents. This is one of the many ways we are alike, Richie and me. Our lives are so different from those our parents lived, we barely recognize our own histories.

My husband’s prediction comes true. Handel is handily declared the station’s "Composer of The Year." Yipee! We toast Handel and each other before settling down to a night of fearless feasting by the fire. 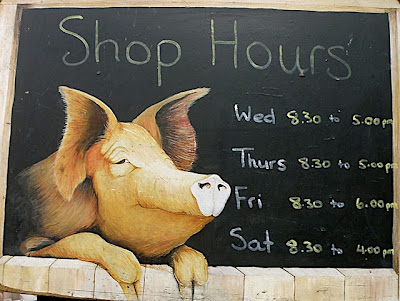 Gammon comes from the French word "Gambe,” used to describe the hind leg of a pig or ham. I had never seen ham advertised as gammon until I moved to England. This is because most ham in America is pre-cooked before you buy it.

In the UK, ham and gammon are usually cooked after you buy it (definitely tastes better the English way)

Both gammon and ham come from the leg of a pig. Same cut of meat, slightly different preparation. For gammon, the meat is cured (well salted) while still attached to the carcass. For ham, it is cut from the carcass before being cured. Both might be smoked or unsmoked. Unless air-dried, both are roasted or boiled before serving. In this instance, we're starting with gammon, but once cooked, calling it ham.

What You Need to feed up to 16

Seven hours, mostly unattended.
Handel (I could spend all night listening and listing my favourites from The Messiah to Water Music – Air. Any Handel aria is a good place to start)
Extra large cooking pot with lid. (I use a roomy 15 liter stock pot)
1 Free Range Bone in Gammon Joint (5 – 6 kilos) 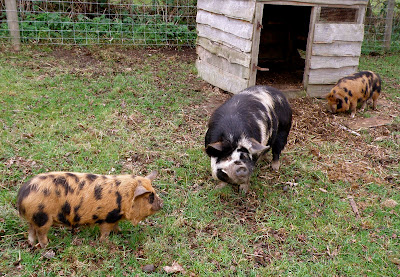 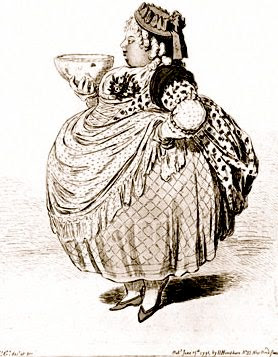 What You Do
Place gammon in pot, skin side down, cover with cold water. Bring to boil over medium heat. Simmer gently on low heat for 15 minutes. This little process removes excess saltiness from the meat.

While the gammon simmers in water, peel and rough chop shallots.
After 15 minutes, drain ham and set aside. Using the same roomy pot, freed from gammon, sauté shallots in butter over low heat for 10 minutes.

Return gammon to pot, skin side down, resting on shallots. Cover with Coca Cola. Slowly bring to boil over medium heat. Once the cola reaches boiling point, turn the heat down to a low setting, put the lid on the pot and simmer gently for the next five hours, depending on the size of your gammon. Figure one hour per kilo. Thus, our 5-1/2 kilo gammon took 5 hours to cook on the stove, plus another 30 minutes in a hot oven. If the cola burns off, add more to the pot, keeping the gammon well saturated.

About a half hour before the gammon is finished simmering, preheat oven to 220 and get out a big roasting tin to transfer the pork to. Line the tin with heavy foil (this will save you from a tough clean up job later) and set aside.

After five hours (or whatever time your gammon requires) turn the heat off. Remove the lid and allow the meat to sit in the cola for about half an hour. Then, transfer your freshly cooked ham to the roasting tin, fat sided up. Remove the skin and fat (put it outside for the birds, they especially appreciate this treat in the winter months) Cut a bunch of evenly spaced X’s across the top of the ham (about an inch deep) punch cloves into the cuts (about 20 will do) 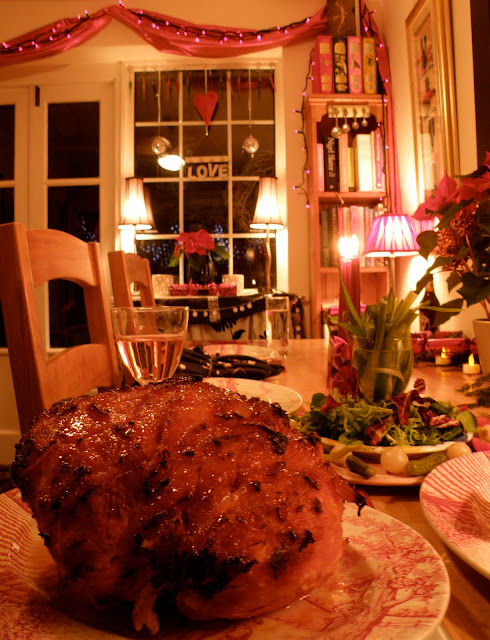 In a small saucepan, combine 2 cups of the cola with the brown sugar, treacle and mustard. Mix well and bring to a boil. When everything is dissolved, spoon a bit of the thick syrup (a couple of tablespoons full) into the bottom of the roasting tin. Mop up the syrup with the bottom of the haM. Then pour the rest of the mixture over the ham, thoroughly coating sides and top.
It’s definitely gilding the lily, but if you have a can of pineapple slices, drain and add them to the top of the ham, before glazing in hot oven for about half an hour. This is probably an American thing, but I think it works well with the ham and looks festive.

When the ham is finished baking, allow it to rest at least a half hour before carving (immediate sampling encouraged) Transfer to serving platter. Devour hot, warm, room temperature, or cold. It’s all good.

Besides enjoying the ham simply as we do here, you can use it for everything from sandwiches to pasta; quiche, stews, beans, and rice. By the third or fourth day of hamming it up, I hand shred what’s leftover and package it up in freezer bags and pop it in the freezer, to be used as an extra pizza topping, with omelettes, and in casseroles. 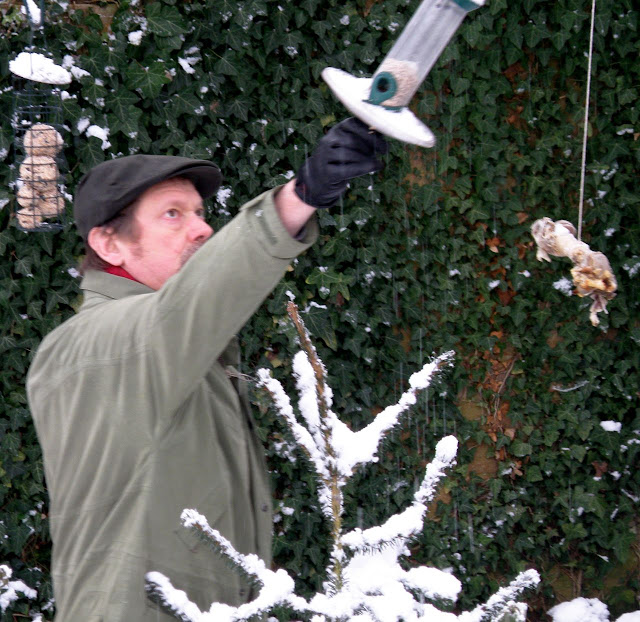 A good ham seems pricey, but it is one of the most versatile and economical meats you can buy. Save the cola you cooked the ham in for making a big pot of beans (pinto, black, red, or white --- they are all extra tasty when made with the hammy cola mixture) Ditto for the ham bone. Toss it in the bean pot for extra flavour.

This especially cold winter, I sacrificed our ham bone so Richie could hang it from a tree for the birds (can you spot it on the left?) I never saw a single bird gnawing on it, but the idea was too sweet to decline.